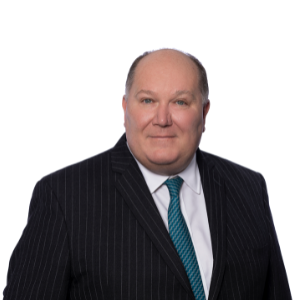 Insurance services and technology solutions group Charles Taylor has undergone significant changes over the past two years. The changes, in terms of its ownership, its corporate status and leadership, have radically transformed its growth strategy and ambitions, according to the group’s management.

The company, which operates across three main pillars – claims solutions, insurtech/technology solutions and insurance management services – delisted from the London Stock Exchange in 2020 after being acquired by Lovell Minnick Partners, a US private equity firm and specialist investor in insurance technology and services businesses.

Along the way, Charles Taylor also disposed of some businesses within the group that were no longer considered to be core, including its Lloyd’s managing agency – the first indication this next phase of growth for Charles Taylor will be more about the provision of third-party claims administration and technology services than about the provision of underwriting services.

The group also appointed a new group chief executive and acquired a number of new businesses in the US and Europe, as it set about increasing the size and geographic diversity of its customer base, which includes re/insurers, captives, Lloyd’s syndicates, managing general agents (MGAs) and brokers. Earlier this year, Charles Taylor extended its contract with the London market to standardise and centralise the collection, validation and processing of delegated authority data across the market until 2026.

Under its new owner, international expansion has become a major focus for Charles Taylor, which, over the past 12 months, has made a total of five acquisitions in the US and Europe and launched two businesses from scratch in the US: an environmental risk services provider for national and regional insurers, and a healthcare compliance solutions provider.

The group is focused on becoming a top-five claims management services provider in the US and generating around 35% of its overall revenues there. At present, around 20% of Charles Taylor’s revenue is generated in the US.

The group also changed the terms of its historic relationship with protection and indemnity (P&I) mutual the Standard Club – to which it has provided management services since the P&I club’s formation in 1885 – from full management of the club to providing a range of services on a standard client-supplier basis. The management of the Standard Club served as Charles Taylor’s principal activity since the 1960s and formed a key part of the group’s identity.

Given this, as well as all the other changes, the question for many is: to what extent is Charles Taylor still the same business?

Rob Brown, Charles Taylor’s relatively newly installed group chief executive, says the group “needed to evolve because this industry, in which the group has a special place, has evolved and changed considerably”.

“As a business, we needed to be more performance-minded, more agile and more focused. A year ago, I joined a company with a great heritage but it was not that easy to see what it stood for and where it was going,” he says.

Within Charles Taylor, the group’s transformation from a publicly listed to a privately owned insurance services provider is viewed as the major catalyst for this new stage in its growth, particularly in the US, where the group had been seeking to make headway well before being acquired by Lovell Minnick.

In the process of becoming a private company, Charles Taylor acquired a mindset that thinks about growth and capitalising on opportunities very differently, according to Brown. “If you think back to the old Charles Taylor plc, its every move was under public and investor scrutiny – and quite rightly so. That comes with being a publicly listed company.”

Now, though, Brown argues, Charles Taylor is able to move much faster and stay under the radar. “We can make enquiries and have conversations with companies in ways we could not have done previously. Back then, we had an executive leadership team in the US who reported back to the board in the UK,” he says.

“But it is not the same as having an owner that is an active portfolio investor in the US insurance services sector and has had great success in that space and can work with us to see whether an opportunity makes great sense or not. That is a significant advantage for Charles Taylor.”

The US is seen as a critical component in Charles Taylor’s ambition to grow its platform and its scale. The claims management sector in the US is so big, according to Brown, a company such as Charles Taylor can be very specific in terms of identifying acquisition targets. “It is a very fragmented market, ripe for consolidation. We think Charles Taylor, with the help of Lovell Minnick, can act as a consolidator in that space. That’s why a lot of our recent acquisitions have been in the US,” he says.

The group’s corporate development team has tripled in size over the past year to accommodate the increased levels of due diligence and integration planning that are being applied to Charles Taylor’s acquisition activity to drive its development as a technology-led claims and insurance solutions provider. The major focus of that development is on the claims solutions side of the business at the moment.

But the group is not discarding its heritage, which is the provision of insurance management services. “We see it as a great shop window for what we’re doing on both the claims solutions and on the insurtech/technology sides of our business,” Brown says.

In that sense, the change in Charles Taylor’s relationship with the Standard Club reflects the nature of the transformation, Brown says. “It no longer outsources its underwriting and insurance management to us, but the level and the quantum of the services we continue to provide it with are more in our sweet spot because there are more opportunities and scope for us to grow,” he says.

For a business such as Charles Taylor, focused on growth, it is not a good time to be in the underwriting services provision space, Brown argues. “There are too many other competing solutions out there, many of them offered by companies that are our clients. Every other day, a new MGA or managing general underwriter is being launched and, in the current market environment, we are not interested in competing with our clients,” he says.

In addition, the provision of outsourced underwriting is an area of the market that does not easily lend itself to the economies of scale Charles Taylor is seeking. “Once you start to work with one carrier, you can’t go after another one. You can’t use the same underwriters to write business for other carriers without raising conflict of interest issues,” Brown says.

Charles Taylor, however, remains committed to the provision of insurance management services. At the beginning of this year the group, which continues to provide management services to Signal Mutual, a US-based longshore workers’ compensation insurer, bought Aegis Corporation a provider of management and third-party claims administration services to mutual insurers in the US.

Charles Taylor still provides underwriting services, Brown says. “But more and more, our growth is about the provision of third-party claims administration and technology services provision,” he adds.

In this regard, the group will continue its substantial investment in Charles Taylor InsureTech, which delivers delegated authority and other solutions to the London market and is the biggest provider of insurance technology services in Latin America at present. The company’s proprietary technology platform, Delegated Data Manager (DDM) – formerly known as DA Sats – is a key pillar of the Lloyd’s market’s delegated authority strategy.

Earlier this year, the group acquired the remaining minority stake in the company, which, along with CT InsureTech, developed the cloud-based data-streaming technology that drives DDM, which, according to Brown, has been a huge success in London and has enabled Charles Taylor to win more ancillary contracts. It is, however, going to take a number of years before CT InsureTech assumes the kind of dominance it has in Latin America.

The group continues to invest in CT InsureTech, although Brown will not comment on how big it is likely to be in the future relative to Charles Taylor’s two other main business divisions. “We don’t look at CT InsureTech in terms of its relative size within Charles Taylor,” he says, “we look at its size and capabilities relative to other, similar businesses in the market. I see the tremendous growth of the business in Latin America and in the London market, and I think to myself, ‘gosh, we’re on a great journey here’. The potential is tremendous.”

The group is also in the process of extending its capabilities beyond its traditional focus of marine claims management and technical service provision. For example, over the past year, Charles Taylor has expanded its adjusting services in the commercial real estate, agriculture and onshore renewable energy sectors, as well as into the product recall and contingency insurance sectors.

“We are extending the range of our specialist technical services and joining them together in a much more cohesive way than we’ve done before to enable our technical experts, who are based all around the world, to collaborate and problem solve around large, complex loss issues, which are increasingly a challenge for insurers because there often is a multinational or multijurisdictional dimension,” Brown says.

For example, Charles Taylor’s recent expansion into the European property/casualty market is to bring the benefits of Charles Taylor’s broader solutions, including those developed in the US, to local clients.

In May this year, the group acquired Insurance Engineering Services (IES), a loss adjusting practice based in Italy, with a pan-European footprint serving global and domestic insurance groups. This followed the acquisition in November last year of another Italian-based company, Cosulich Marine Consultants Group, which offers services in scientific consultancy, surveying and testing services for the marine and insurance industries.

Brown sees these acquisitions as an opportunity for cross-border collaboration. For example, in the past, IES would not have had the scale and geographic reach to help its big European clients manage their claims in the US, he says. “Whereas now they can because of Charles Taylor’s growing platform there. The same applies to our American clients with business in Europe. So, you will see us grow in the US, obviously, but you will also see us, as a result of that growth, do a lot more in Europe, Asia, Latin America and the Middle East.”

As published first on 18th August 2021 by Insurance Day.

Find out how our wide range of services can support and benefit your business.